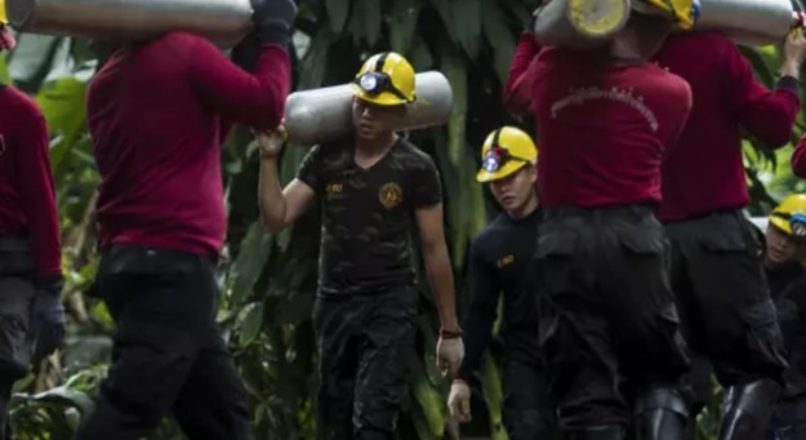 The boys’ parents had written to them earlier. The letters, carried by divers making six-hour trips in each direction, are the first direct communication between the parents and their sons. Attempts to establish a phone line to the cavern where the boys are trapped have not yet been successful.

The boys’ coach, Ekkapol Chantawong, wrote to the parents as a group, promising to take care of them as best as he could. The parents had written to him earlier, assuring him that they did not blame him for the situation.

“Thank you all for the support,” the coach wrote. “I deeply apologize to the parents.”

He also wrote to his own family members — an aunt and his grandmother — asking them not to worry too much about him. “Aunty, can you please tell granny to prepare vegetable juice and pork snacks?” he wrote. “I’ll eat them when I get out. Love you all.”

On Friday, a Thai Navy SEAL commander said the oxygen level in the boys’ cavern was about 15 percent and falling. That is a concern because levels below 16 percent can cause oxygen depletion, a condition known as hypoxia.

Under normal conditions, the air people breathe consists of about 21 percent oxygen, 78 percent nitrogen and one percent argon and other gases, including carbon dioxide. When the mix changes, humans can feel a range of health effects, subtle and otherwise.

The United States Federal Aviation Administration reports that hypoxia may cause headaches, nausea, drowsiness, rapid breathing, slurred speech and “diminished thinking capacity,” among other problems. It can also result in incapacitation or, in extreme cases, death.