Haiti protests continue, US citizens warned to shelter in place 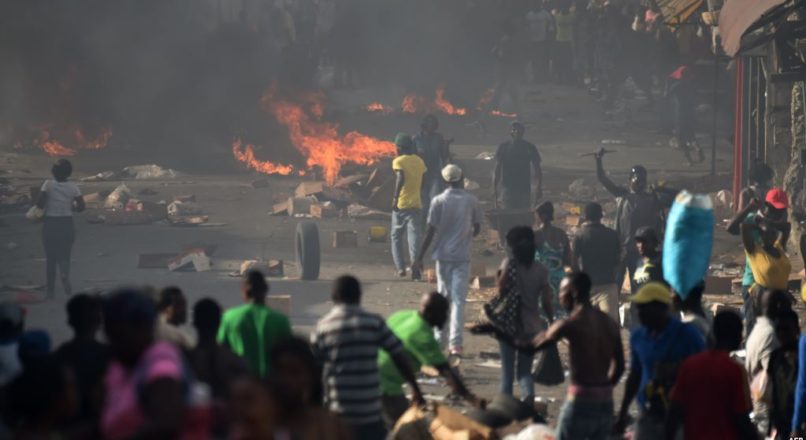 Haiti protests continue, US citizens warned to shelter in place

Major protests erupted Friday in Haiti as the government announced a sharp increase in gasoline prices, with demonstrators using burning tires and barricades to block major streets across the capital and in the northern city of Cap-Haitien.

At least three people were killed. Journalists saw the body of two protesters who had been fatally shot in the Delmas area of the capital as demonstrators clashed with police. It was unclear who shot the men.

The third death was a security guard for a former political candidate who was stopped at a barricade. The security guard got out of the vehicle and fired a gun in the air to disperse protesters. An Associated Press journalist saw the crowd seize the man when he ran out of bullets, beat him to death and set his body aflame as the vehicle sped off.

Protesters tried at one point to set a gas station on fire but were held off by police.

The demonstrations began after the Commerce Ministry and Economic Ministry issued a joint statement announcing an increase of 38 percent to 51 percent for gasoline, diesel and kerosene. The increases take effect Saturday.

Government officials agreed to reduce subsidies for fuel in February as part of an assistance package with the International Monetary Fund. The agreement also included increased spending on social services and infrastructure and improved tax collection in an effort to modernize the economy of one of the poorest nations in the Western Hemisphere.

A liter of diesel will cost about $4 and a liter of regular gas will cost nearly $5 under the new prices. The increase will reverberate through the economy of a country where about 80 percent of the people earn less than $2 a day.