WHAT DO YOU THINK ABOUT TRUMP DENYING STATEHOOD TO PUERTO RICO?

Home/ Political/WHAT DO YOU THINK ABOUT TRUMP DENYING STATEHOOD TO PUERTO RICO?

WHAT DO YOU THINK ABOUT TRUMP DENYING STATEHOOD TO PUERTO RICO? 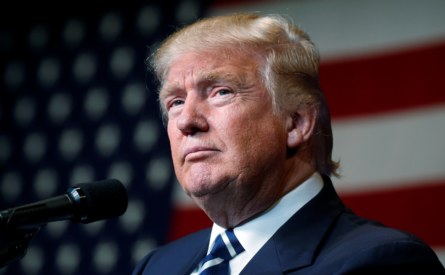 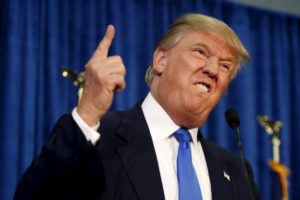 “With the mayor of San Juan as bad as she is… Puerto Rico shouldn’t be talking about statehood until they get some people that really know what they’re doing,” Trump said in a pre-recorded interview on Geraldo Rivera’s radio show, “Geraldo in Cleveland.”

Puerto Rico’s House representative, Jenniffer González-Colón, filed a bill earlier this summer that would turn the American territory into the nation’s 51st state by 2021, The Washington Post reports. Currently, Puerto Ricans are U.S. citizens but do not have the right to vote in the general presidential election.

The island has held five non-binding referendums since becoming a U.S. territory in 1898 to determine if its citizens want statehood. The first three showed residents were evenly split while the more recent votes in 2012 and 2017 showed a majority support statehood, but voter-turnout was low in the latest election.

Trump, however, said he is “an absolute no” on statehood due to the current leadership, calling the mayor of San Juan (“whatever her name may be”) “a horror show.”

Hours after the president’s interview, the governor of Puerto Rico, Ricardo Rossello, condemned Trump for rejecting the island’s proposed statehood “based on a personal feud with a local mayor.”

“This is an insensitive, disrespectful comment to over 3 million Americans who live in the U.S. territory of Puerto Rico,” said Rossello in a statement. “Equality for the U.S. citizens of Puerto Rico is the biggest civil rights issue in the United States.”

Trump has been particularly critical of Puerto Rican leadership since Hurricane Maria devastated the island last year. He has denied that 3,000 people died due to the storm, as one study said, and argued that aid was “horribly handled” by local representatives. Trump repeated these claims on Monday’s show.

“The local representatives, in particular the mayor of San Juan, was incompetent, and they didn’t know what to do,” he said.

Mayor Carmen Yulin Cruz, however, has said the responsibility lies with Trump. On CNN Thursday, she called the administration’s response to Hurricane Maria “structured negligence” that “allowed Puerto Ricans to die.”

Trump defended his administration Monday, saying he “got things to Puerto Rico that nobody could’ve gotten.” He also claimed that the electricity on the island was “dead for years.”

With “good leadership,” Trump said statehood “certainly could be something they talk about.”