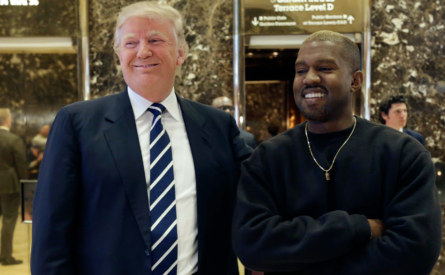 Is Donald Trump really sticking up for Kanye West or is Kanye suffering from a bad case of “Stock Holmes Syndrome”?  It’s not hard to believe after all of the turmoil Kanye has been through recently it does seem like he would turn to a figure like Trump, someone in a position of power to justify his past behavior.

So, to make it perfectly clear Trump isn’t sticking up for Kanye, Trump is simply using Kanye the same way he’s used Omarosa, Ben Carson and Rev. Darrell Scott as a token friend individuals he can call on to say I support black people and cause whenever the question arises if Trump is a racist or not.  If Trump didn’t have to deal with the issue of being called a racist he could care less about Kanye or any of his so-called black supporters.