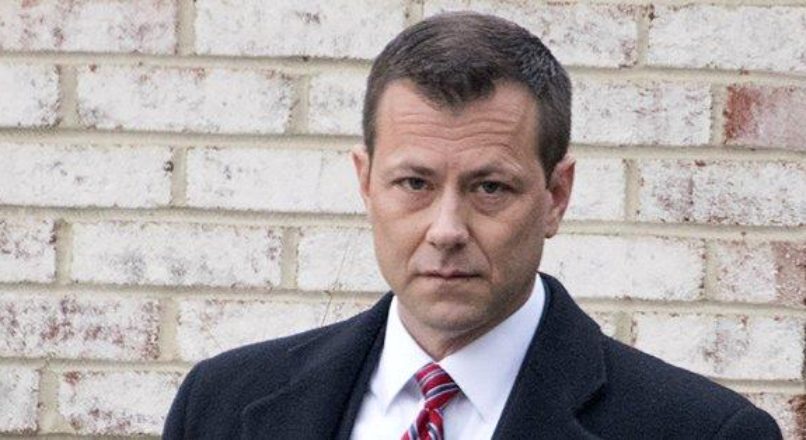 WASHINGTON — An FBI agent whose anti-Trump text messages fueled suspicions of partisan bias told lawmakers Thursday that his work has never been tainted by politics and that the intense scrutiny he is facing represents “just another victory notch in Putin’s belt.”

Peter Strzok, who helped lead FBI investigations into Hillary Clinton’s email use and potential coordination between Russia and Donald Trump’s campaign, was testifying publicly for the first time since being removed from special counsel Robert Mueller’s team following the discovery of the derogatory text messages last year.

In his opening statement, Strzok said he has never allowed personal opinions to infect his work, that he knew information during the campaign that had the potential to damage Trump but never contemplated leaking it and that the focus on him by Congress is misguided and plays into “our enemies’ campaign to tear America apart.”

Republican members of the House judiciary and oversight committees were expected to grill Strzok for hours as they argue that the text messages with FBI lawyer Lisa Page color the outcome of the Clinton email investigation and undercut the FBI’s ongoing investigation into Russian election interference.

Trump himself has launched personal attacks against the two FBI officials, including a Wednesday evening tweet that asked “how can the Rigged Witch Hunt proceed when it was started, influenced and worked on, for an extended period of time” by Strzok. He described the texts as “hate filled and biased.”

Judiciary Committee Chairman Rep. Bob Goodlatte, R-Va., asked the audience to imagine being investigated by someone who “hated” you and “made crucial investigative decisions on how your case should be treated and eventually adjudicated.”

“Would anyone sitting here today believe that this was an acceptable state of affairs, particularly at an agency whose motto is “Fidelity, Bravery, and Integrity?” Goodlatte asked.