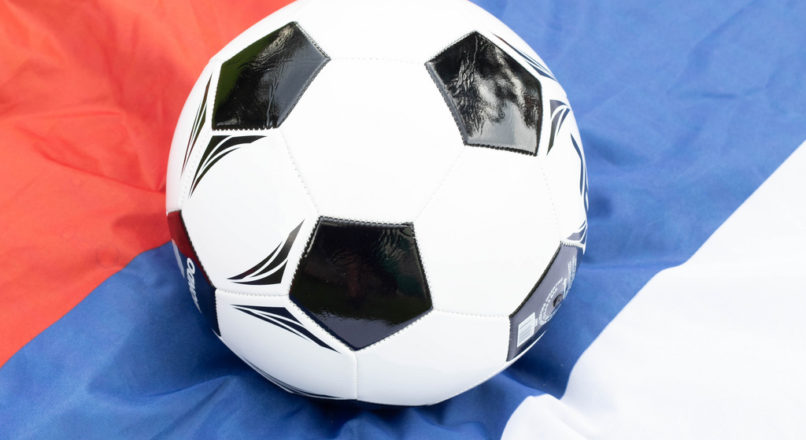 Just four sides remain in the chase for glory at the 2018 FIFA World Cup, with Tuesday’s and Wednesday’s semi-finals set to determine who will juke it out in the final in Moscow on July 15.

Tuesday’s fixture is a true heavyweight clash between France and Belgium. Meanwhile, Wednesday sees Croatia and England, nations tipped as dark horses at the start of the competition, seek to continue their runs.

The knockout stages have been packed with excitement, drama and tension, and there’s no reason why that trend will halt when we reach the last four.

In a set of quarter-finals littered with exceptional managerial, individual and team performances, Belgium’s win over Brazil was perhaps the standout.

The Red Devils got their tactics spot on, with manager Roberto Martinez setting up with Romelu Lukaku on the right flank, Kevin De Bruyne at the point of the attack and Eden Hazard in a floating role from the left wing. The trio was devastating on the counter-attack.

As Squawka Football highlighted after their 2-1 win over the Selecao, Belgium have attacking class all over the pitch:

France will be just as big a challenge, though, as Didier Deschamps has found a functional formula to lead his side to the semis.

In the quarter-finals, they overcame a tough opponent in Uruguay too. The South Americans were aggressive, intelligent and cohesive, but there were times after Raphael Varane’s opening goal when France effectively held them at arm’s length.

Per French football journalist Jeremy Smith, despite some criticism prior to the tournament’s kick-off, Deschamps appears to have got it right in the knockout stages:

On Wednesday, it will be Croatia and England’s turn, and both teams will appreciate what a massive opportunity this is for them.

The Three Lions followed up their penalty-shootout win over Colombia with a measured performance against Sweden, with goals from Harry Maguire and Dele Alli in each half giving them a deserved 2-0 win on Saturday.

England are in their first World Cup semi since 1990.Jean Catuffe/Getty Images

Pressure did come from the Swedes in the second period, though, and England goalkeeper Jordan Pickford had to make three fine stops to keep his clean sheet intact. Geoff Hurst, a World Cup winner in 1966 with England, was full of praise for the Everton stopper:

Croatia have the potential to be much more challenging opponents for England despite not performing at their fluid best in their knockout matches.

After a chaotic 2-2 draw with Russia in the quarter-finals, it was left to Ivan Rakitic to slot home the winning penalty in the shootout for the second consecutive game to send Croatia into Wednesday’s semi. With players like the Barcelona midfielder and Real Madrid star Luka Modric, England’s defence will need to be alert to ensure they are not pulled apart.