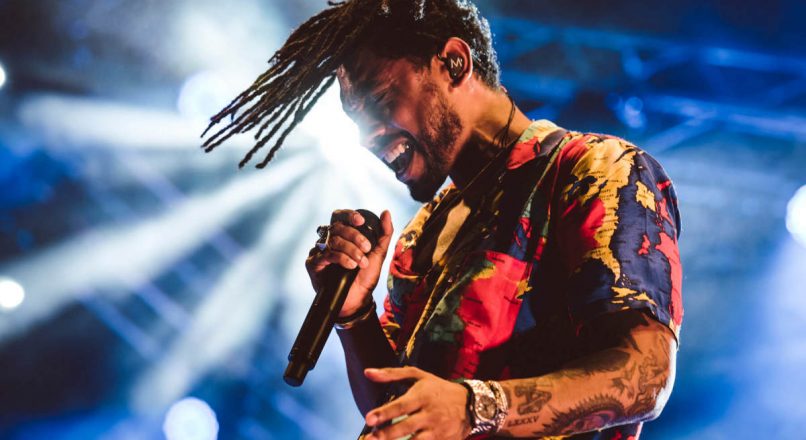 Miguel doing what is becoming a regular occurance he sold-out his Spring tour in early April, The Grammy Award-winning singer/songwriter Miguel announced that he will be going on a North American tour late this summer in support of his critically acclaimed fourth studio album, War & Leisure.

The 26-date tour will kick off on August 23 in Boston and will head to major cities in the U.S. and Canada throughout the months of August and September, including several festival appearances at AFROPUNK in Brooklyn, North Coast Music Festival in Chicago, and Life is Beautiful Festival in Las Vegas, before it’s all wrapped up on Sept. 28 in Seattle.

Prior to the tour, Miguel will perform on June 24 at the BET Awards. Last week, he teamed up with GoldLink on the new single “Got Friends,” and to celebrate the initiation of the 2018 World Cup, Miguel narrated and starred in a Major League Soccer ad campaign ‘Our Soccer.’

Miguel also makes an appearance on the soundtrack to the remake of the iconic 1972 film SUPERFLY with his new song “R.A.N.”

Hi, I'm a young model from the South Side of Chicago just trying to fufil a dream of becoming a Professional Model.